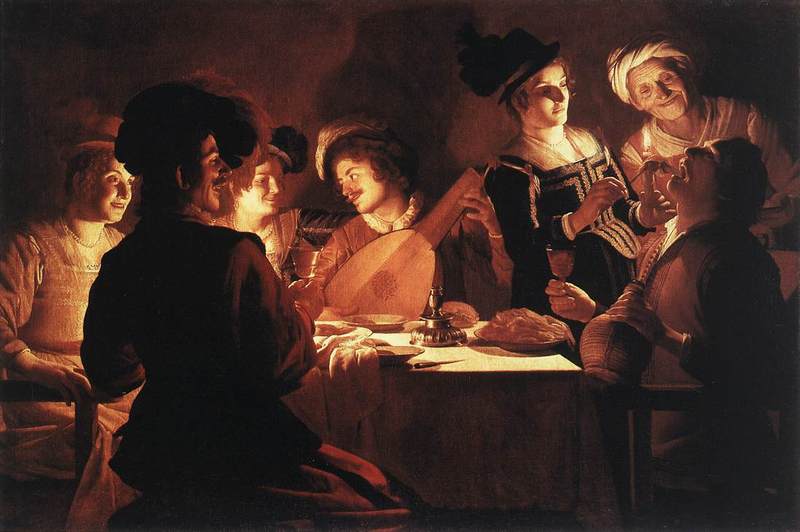 Descripción en Web Gallery of Art
"Honthorst's genre pictures of light-hearted gatherings had a great impact in Utrecht. He made such pictures while he was still in Italy. His Supper Party, painted during his last months in Italy, set a precedent for similar scenes done in the 1620s at Utrecht where artists favoured the erotic as well as the ascetic side of Baroque art. This is already evident in Honthorst's Supper Party where the person who covers the light has the effect of 'repoussoir': the large dark figure in the foreground causes, by contrast, the merrymakers behind him to recede in space, and thus enhances the illusion of depth. The second advantage is the vivid reflection of light thrown on the figures and, in particular, on their faces, which are painted in reddish-yellow colours. This helps Honthorst to overcome the harshness found in the work of other Caravaggio followers. "